I was disheartened to see some Yelp reviews that were critical of some of my favorite Iyengar yoga studios. This led to a bizarre obsession to see if all Iyengar studios were getting trashy reviews on Yelp.

I set up an experiment by using a random US city generator to get a list of 70 cities. Next, I set variables. Since I was looking for Iyengar studios, I might as well look for other styles as well for comparison. I chose styles that have a standard nationwide teaching curriculum. Those styles are Iyengar, Ashtanga, Bikram, and Corepower. Then the work began.

Yelp uses an ordinal scale with 1-to-5 star ranking. If you have every taken a survey that has a “extremely dislike to extremely like” Likert-type scale, it’s the same thing.

I spent a good part of three days collecting the data on my time off. The research was conducted on May 7-9, 2014. As very few cities had all four styles it took me longer than anticipated to get all the data. Some interesting challenges presented themselves during this process. For example, Corepower is primarily a West Coast-centric practice and I had to take measures from several studios in the same community to get enough scores. Also, finding is “pure” Asthanga yoga studio is very difficult, and I only tallied the studios who reported to teach the series’ with some degree of authenticity. There were plenty of “Ashtanga/vinyasa/hot flow studios which were not suitable to my parameters. Finding a “pure” Iyengar studio was a bit easier than Asthanga because it was easy to verify credentialing via the IYNAUS website. Lastly, Bikram studios are everywhere and outnumbers the other styles roughly 2-to-1. The three days’ work yielded 30 scores of each style.

Threats to internal validity from what I can see would be whats called position set from reviewers. Usually people will write a Yelp review if they are really happy or pissed off, corresponding in a 1 star or 5 star review. There are probably plenty of “fake” reviews which Yelp itself says it takes great pains to counteract with an internal algorithm. As I mentioned about the Bikram style, many of the reviews had markedly higher counts of reviews than the other styles which indicate that it may be the most well-attended style of the styles chosen. Another threat to internal validity is the bias of people who write Yelp reviews (or can write period) versus those who don’t use the review site or cannot write. One more would be that Corepower yoga tends to be in cities along the West coast and may not reflect nationwide attitudes toward this style. I  happily invite statisticians out there to point out other threats to internal validity that I failed to mention.

With all that out of the way, here are the results:

My hypothesis that Iyengar yoga is favored poorly nationwide in the US was rejected in this study. That means that Iyengar was the highest rated style of the group, with Asthanga being a near statistical tie. Corepower was just below the group’s average mean. As far as Bikram, they got the lowest score of the group. Before you Bikram fans fret, Bikram yoga is easily the most practiced style in the US. So that means that their classes are best attended, but the students are more apt to complain about it.

One advantage about using Yelp as a measure is that respondents gave information on “why” they gave the rating they did. People who responded with a 5 star review of the Bikram style said that felt it was a “great workout” and stated they felt it had improved their health. For negative ratings of the Bikram style, most addressed poor sanitary conditions of certain studios, and also complaints of not honoring of Groupon discounts.

For the Iyengar style, many 5 star review respondents said they appreciated the detail of instruction and ability of instructors to work with injuries. Some respondents gave a one star rating for instructors who were perceived as “rude” and also for blankets that were not washed regularly.

For the Corepower style, reviewers who gave 5 stars remarked that they enjoyed the modern looking facilities, and the range of options for classes. A large number of one star ratings complained about the of locking doors too early. Others included complaints about Corepower being too “workout focused” and not addressing the more inward aspects of yoga.

Lastly, positive Asthanga reviewers cited “authenticity” often in 5 star reviews and often praised teachers who adhered to the Jois lineage. For criticisms, a one star rating came from a reviewer who said the instructor did not address his injury. Another reviewer gave a studio a two star rating because she said she did not know the primary series by heart and the class “left her in the dust.”

For teachers and studio owners, this research yields useful data on how to improve ratings. It appears as though sanitary conditions of the studio weigh heavily on one’s perception of the style. Also teacher friendliness and experience are major factors in a studios rating. It also appears as though Groupon users will decrease one’s studios ratings if owners have any type of perceived breach of contract (whether or not it is legitimate).

One last flaw I see in the Yelp review method is that many the reviewers do not appear to have enough experience in the style to make an informed rating of the style. As good yoga practitioners know, it takes many years of practice to truly appreciate the fruits of their particular style.

Again, if there are any statisticians out there, please feel free to hammer away at my findings. If anyone else wants to replicate the study, I can provide further data on which cities were selected. Now how do you spend your free time?

5 thoughts on “Research: which style of yoga is most highly rated in the US?” 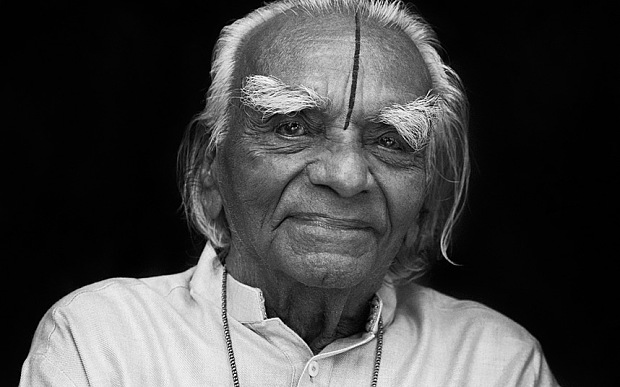